How do I make things line up horizontally?: non responsive websites

When adding options, sometimes things do not line up the way you want. An example is shown in figure 1, where some text and three images are placed in a rough grid. 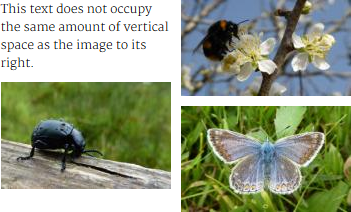 In this case it would look better if the two lower images lined up, as shown in figure 2. 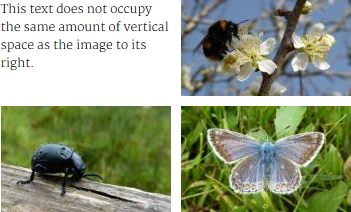 The misaligned version was created by the options shown in figure 3. The content was split into two columns, with the text and one image added to the left column, and the other two images added to the right column. 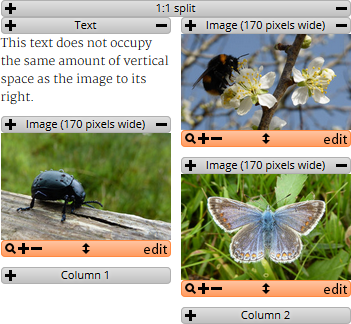 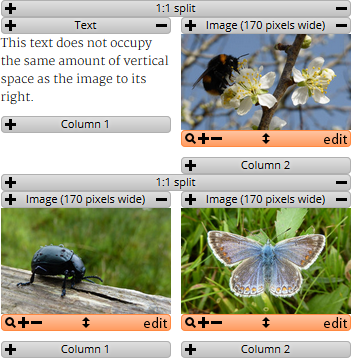